Friday, November 25, 2022, the Route 11/Ephrata will detour beginning at 5:20 PM trip until approximately 8:00 PM for the Christmas Tree Lighting/Santa Arrival. This event will close Main St. from State to Lincoln beginning…

Friday, November 25, 2022, the City will close the first block of N. Queen St, S. Queen St and W. King. Detour will begin from 9AM until the remainder of the day and evening. RT… 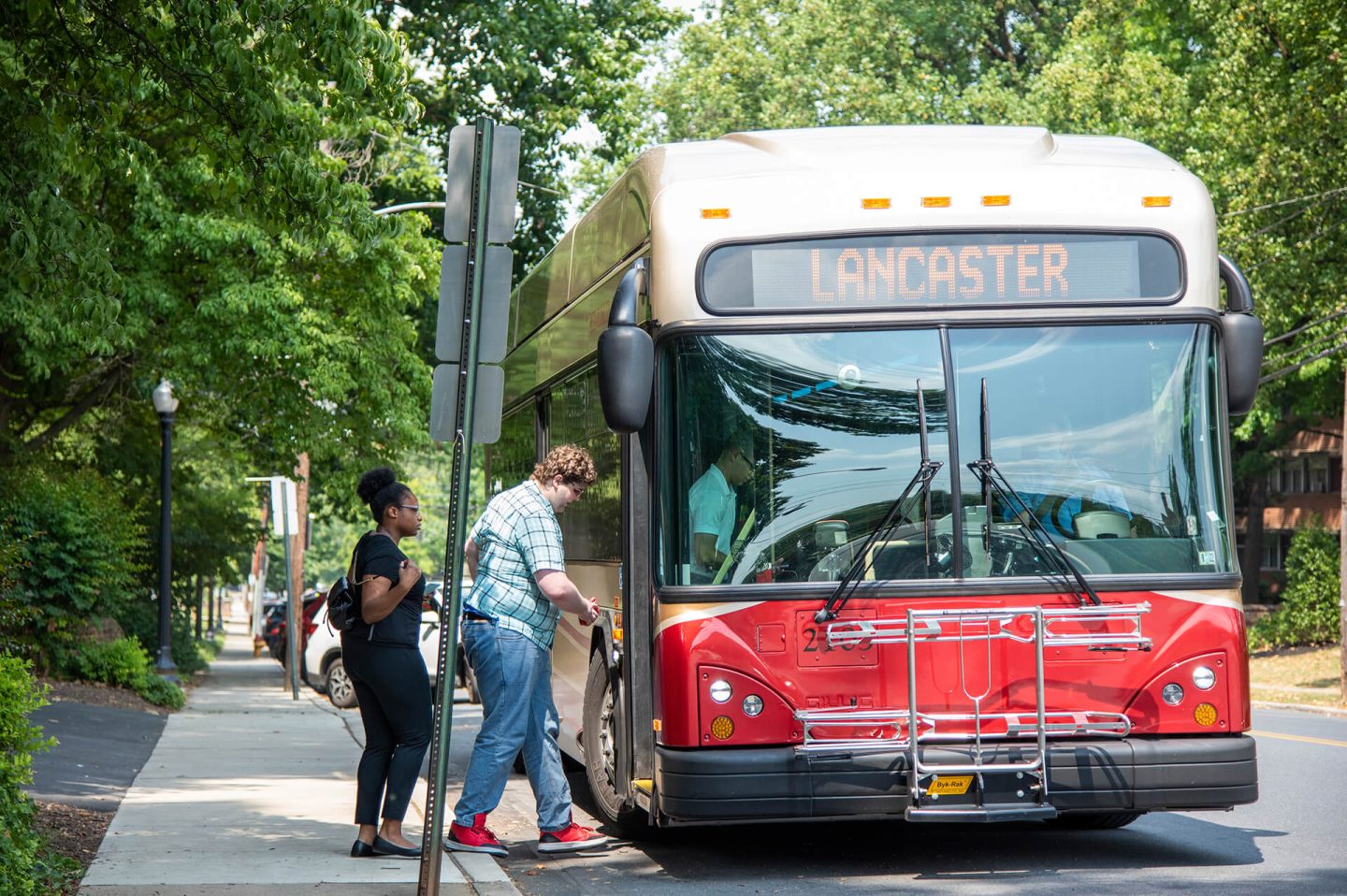 The Authority was formed by joint action of Lancaster City Council and Lancaster County Board of Commissioners under the “Municipality Authorities Act of 1945.” Initially formed as an administrative agency, the Authority became an operating agency on April 1, 1976 when it acquired the fixed-route assets of two private carriers.

A new operations facility, located at 45 Erick Road, Lancaster was constructed in 1979, to maintain a modern bus fleet and continue to adjust bus services to meet ever changing local needs.

In 2005, Queen Street Station was completed as RRTA’s downtown transit center. Located at 225 North Queen Street, Lancaster, the transit center was built on the former site of the Otto Paving and Construction Company building, which was constructed in 1926. Re-use of some of the masonry and wood framing of the Otto building can be seen in the trellis area of the transit park.

On September 2009, RRTA broke ground on Queen Street Station Phase II located on the corner of Queen and Chestnut Streets in Downtown Lancaster. Phase II included a 395 (seven levels) parking garage and three bus bays that will give RRTA access to Chestnut Street. The revenue from the parking garage will be used for the operating costs of RRTA’s transportation services.

The Red Rose Transit Authority exists to provide effective public transportation services to the citizens of Lancaster County and to perform these services at the highest standards of safety, courtesy, reliability, and efficiency.